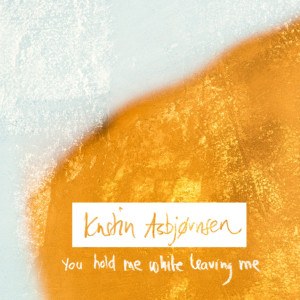 “You Hold Me While Leaving Me” is the new single from Kristin Asbjørnsen’s forthcoming album “Traces Of You” – to be released on March 9.

The song has a haunting sound, with strong vocals, poetic lyrics and unforgettable melodies.

Music and lyrics by Kristin Asbjørnsen

Recorded and mixed by Ulf Holand of HolandSound.no
Produced by Kristin Asbjørnsen with Torget&Holand

You Hold Me while Leaving Me

On “Traces Of You” Kristin collaborates closely with her long-term guitarist Olav Torget, a musician who has been very important in enriching her musical landscape. The album also introduces a new musical encounter with the Gambian griot Suntou Susso.

With assured melodic flair and poetic words, guitars, West African kora, konting and vocals are woven creatively into a gorgeous, groovy and meditative vibration. The music carries traces of West African music, lullabyes and contemplative, Nordic jazz. The songs are like delicate sensations: Of life’s imprints, presence and love’s transformations.

“Traces Of You” has its origin in songs from Kristin’s commissioned work for Global Oslo Music in 2016. Her new music has already received an overwhelming response, and has opened new terrain in her multifaceted musical universe.

“Traces Of You” is the first release from the new established publishing service Global Sonics, specializing in new creative collaborations between artists from all over the world.