WE PROUDLY PRESENT THE 3RD EDITION OF GLOBAL NIGHTS 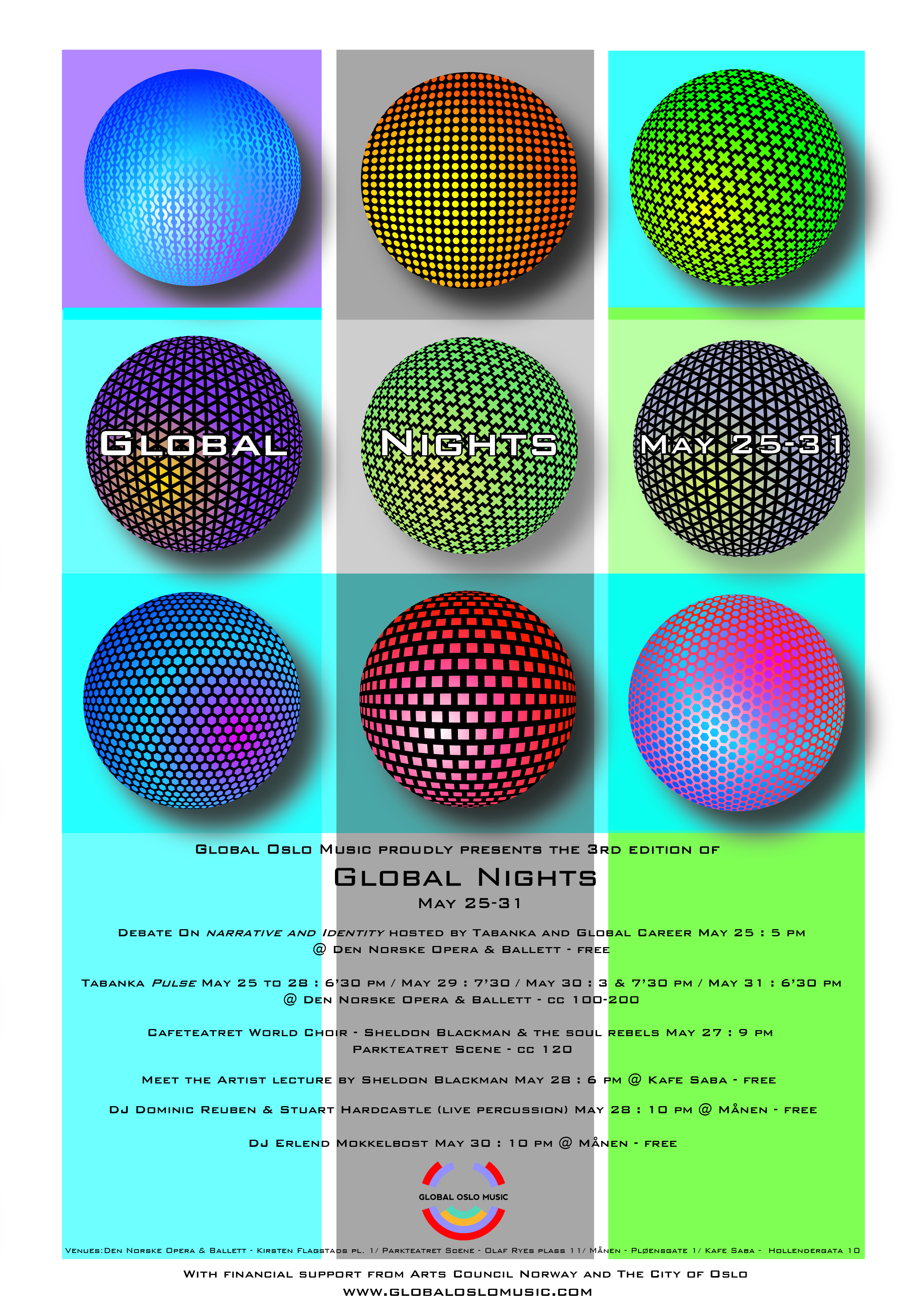 Global Nights brings together prominent artists to create an opportunity for cultural and artistic exchange through concerts, DJ sessions, debates and Meet the Artist lecture; to be accessible to people in an open and participatory manner.

TABANKA
After two successful seasons at Den Norske Opera & Ballet, Tabanka is due to return for a 3rd season. Tabanka is known through both national and international Tv-screens, stages and festivals. Most remembered for their soulfull choreographies and unique energy, Tabanka draws deeply from their roots, identity and experiences as Afropeans. The result is an exiting new voice and a danced discourse on identity, representation and art.
Artistic Mission Tabanka Artistic Mission: Using ingredients from our unique Afropean experience, Tabanka creates -Soul Dance-. We dance the vibrations of our soul, the survival of our spirits, the essence of our experience and the PULSE of our lives. Through dance we share our deepest vibrations and seek to relate and connect with our audiences.
About PULSE Inspired from afroeuropeans constant search for an identity and belonging in the Norwegian context, and how this often can lead to marginalization and being forced to suppress parts of who you are, in order to not draw attention to your “otherness”, Thomas and the dancers of Tabanka seek to free themselves and the voice from the “gaze” of others, and to speak freely (through dance), from the center of their own being.
Unrestrained and unsensored, how does the afropean body speak in 2015? 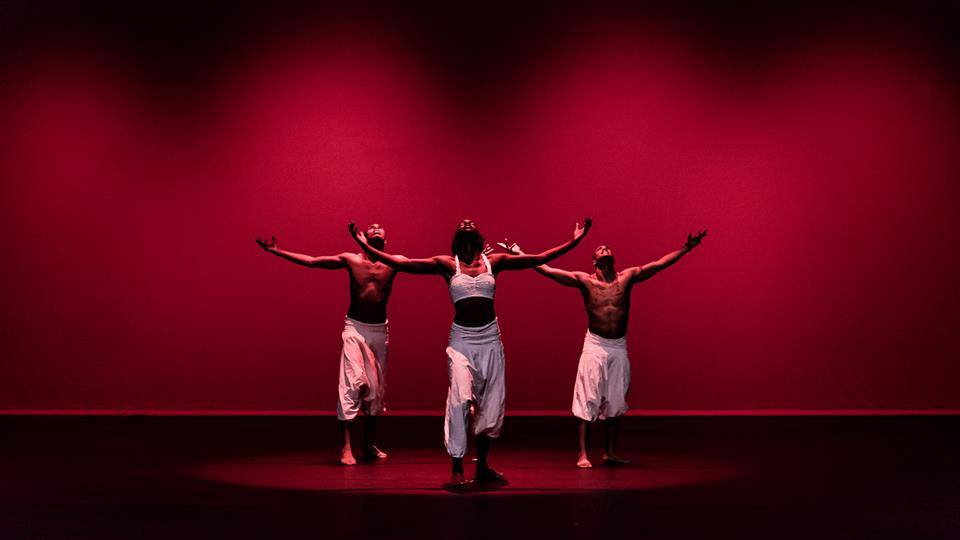 SHELDON BLACKMAN
Sheldon was born into the musical royal family of Trinidad & Tobago – his father, Ras Shorty I, created the national musical style of Soca and founded the family band, The Love Circle. After his father passed away, Sheldon led the Love Circle as well as starting his own solo career and now has a catalogue of five studio albums. Sheldon’s music is deep and thought provoking and at the same time uplifting and irresistably danceable. His songs defy genre, but have been described by Sheldon as “reggae and calypso meet jazzy blues”. Over the last decade Blackman has released five albums, the two most recent are “Up Close” an acoustic album, and “Hope”, which was made with his Oslo backing band, The Soul Rebels. “Hope” reflects Sheldon’s very positive belief in the future of mankind, love and human nature. This positivity is truly infectious and leaves audiences feeling uplifted and inspired. Reflected in the music is the unique diverse culture and musical heritage developed in Trinidad &Tobago as part of its colonial past. It has evolved from it’s indigenous peoples and the arrival of Europeans, Africans, Indians and Chinese, each with their own culture. These elements combined have all contributed to a unique flavour of world music and diverse expressions.
Blackman will be giving a Meet the Artist lecture: Join us to learn more about his amazing work and career! 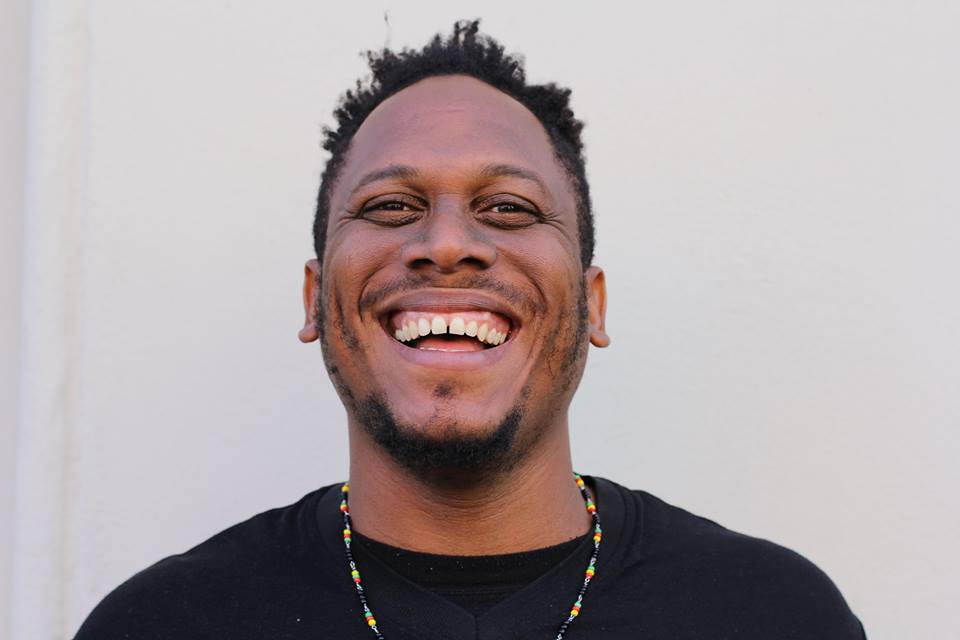 CAFETEATRET WORLD CHOIR
Established in 2013 the choir reflects the diversity of the global community Norway has become: Its artistic concept is to explore new musical and human encounters. With the guidance of conductor Ombeline Chardes the audiences is offered a multitude of musical and cultural meetings. 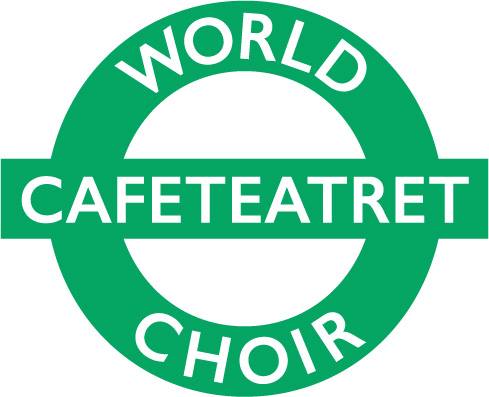 DJ DOMINIC REUBEN and STUART HARDCASTLE
Dominic Reuben has collected, played, broadcasted and promoted conscious reggae music for over 20 years. He started in England promoting and working on Sound Systems before moving to Oslo in 2000. In Oslo he was one of the founding members of Grounation Movement who inspired the next generation of reggae artists and DJs with regular sound system style sessions. Dominic Reuben uses the mic and sound effects to put some extra life into the music and is known for his unique collection of 7″ vinyl. Reuben has played many places around the world from Sril Lanka to New York and recently in Addis Ababa. He is now looking forwards to play on the moon!

Stuart Hardcastle is a professional percussionist based in Liverpool, UK. He has performed, toured and recorded with a diverse range of internationally recognised artists and labels including Cj Bolland [BL], Batucada Sound Machine [NZ], China Crisis {UK] and Ultimate Breaks and Beats [US]. As musical director of award winning percussion troupe BeatLife, he has played at major roots music festivals across the world including Africa Oye [UK], Lake of Stars [Malawi] and Oslo International Mela. In 2005, he was named best drummer at the Abolition of Slavery Festival in La Reunion, East Africa. 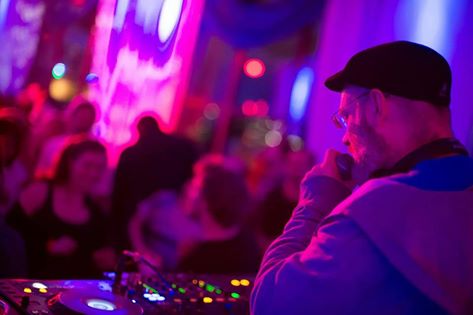 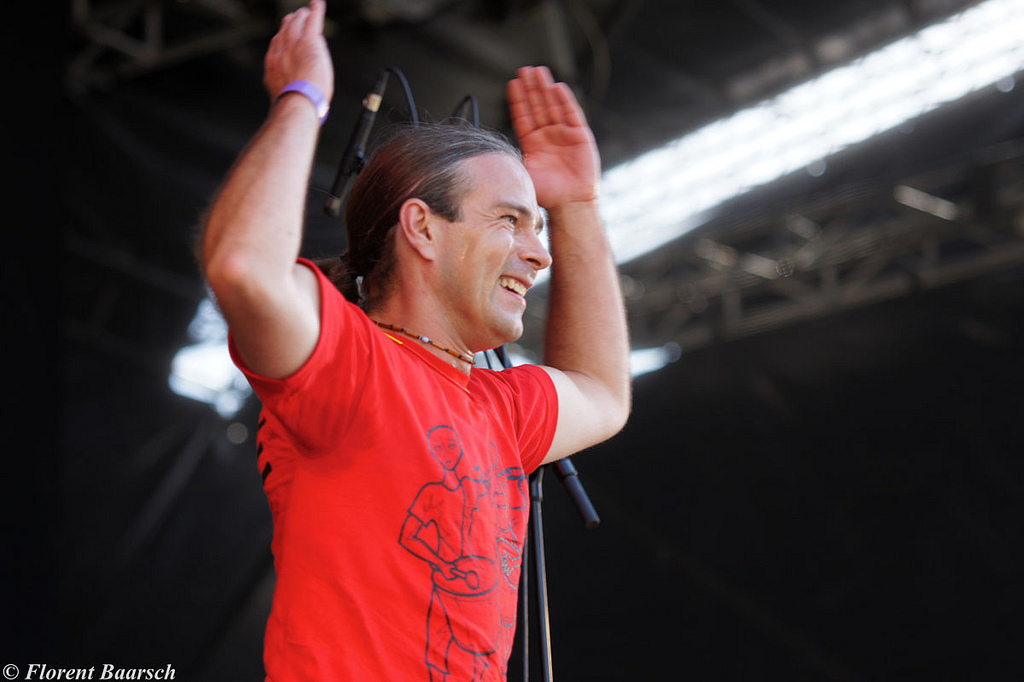 ERLEND MOKKELBOST
DJ Erlend Mokkelbost is a well known DJ who has played at clubs in and out of the country for years. He runs the club concepts Noble Dancer Go and Kjøss Katta. In addition, he operates studio ARC in Oslo and is an award-winning producer. Mokkelbost invites you to a danceable club night at Månen – based on African and African American music. 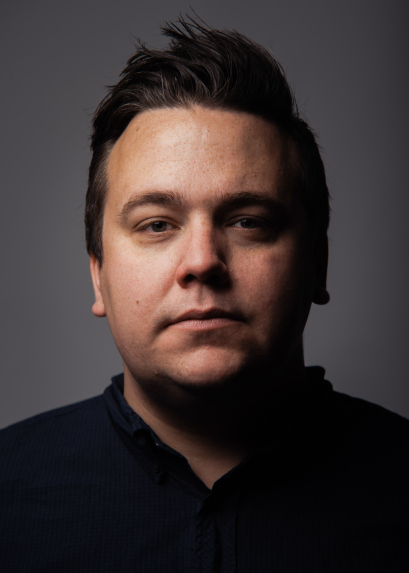 ON NARRATIVE & IDENTITY: AFRICAN DANCE, MARGINALIZED OR GLOBAL SUCCESS - A debate offering new perspectives about narrative, art and Norways place in the global diaspora community – with:

DR. ELY KARMENLARA, Associate Professor and Artistic Director Acting
Karmenlara has a Phd in Performance Studies from New York University and formerly trained in contemporary dance. Before coming to NTA, Karmenlara spent nearly 10 years teaching theater and performance theory as a full-time faculty at New York University’s Tisch School of the Arts. Between 1999-2005, Karmenlara collaborated with some of the most legendary artists of Trinidad Carnival in both design and performance in rare street masquerade traditions.  Heavily influenced by her experience as a dancer and physical performer in both festival and stage genres, her topics of inquiry examine the critical role of the body in taboo breaking and the complexities of erotic pleasure in the creation of art.

BARTH NIAVA has since 1977 led CAK (Centre for afrikansk kulturformidling). He has dedicated his lifes work to forwarding african culture and art as expression, and is the founder of the longest standing african institution in Norway.

THOMAS TALAWA PRESTØ is the Artistic Director and founder of Tabanka Dance Ensemble. Innovator of the Talawa Technique, one of the worlds most comprehensive technical approaches to dance of the African Diaspora.

MALIKA MAKOUF RASMUSSEN (Norway/Algeria/France) is a critically acclaimed composer, musician and music producer and a philosopher. Incorporating a variety of African and Western instruments blended with electronic sounds forms the sole foundation for her music. She has performed extensively throughout Europe and Africa and has staged numerous festivals and music venues across the world.

ASTA BUSINGYE LYDERSEN (Norwegian-Ugandan) is a singer, actress, activist, and writer. She is a founding member of the all black female arts collective Queendom and has held various position in Norwegian arts. Asta will lead us through the session. 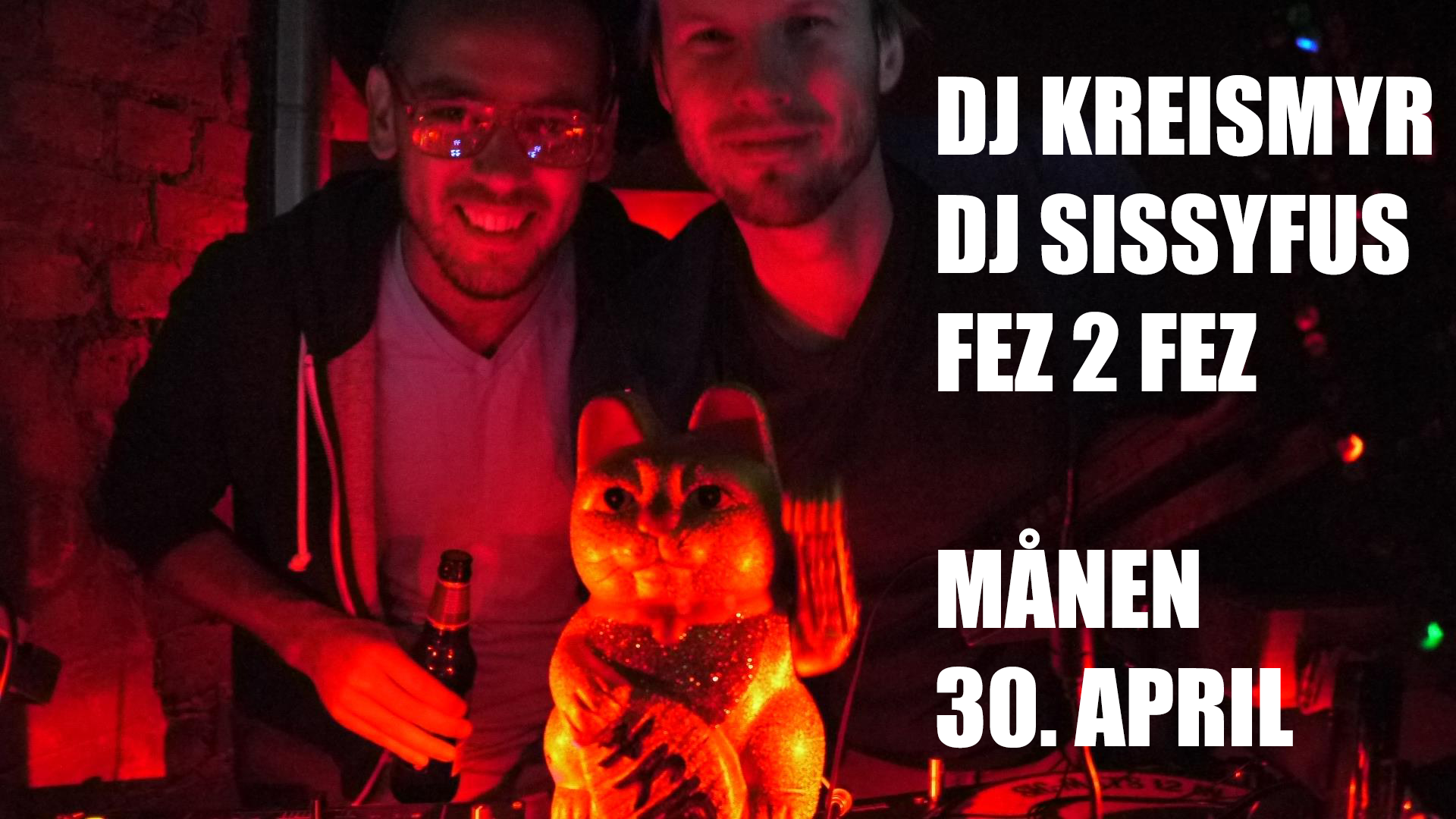 DJ Sissyfus & DJ Kreismyr team up with a mission to bring Tellus grooves to a lunar environment. Geographically inconsequent and unbound by time, they present an appetizing smorgasbord of oldschool ethniquities and hypermodern global beats. Equally obsessed with African & Arabic pop, balkan & bhangra, calypso & cumbia, dangdut & dancehall, as well as electronic microgenres such as skweee & sinogrime, Sissyfus & Kreismyr fill in the gaps of the danceable subconsciousness.

Dj Sissyfus a.k.a. the Center of the Universe is the founder of the label Metronomicon Audio and a legend in the Norwegian underground.

DJ Kreismyr is a veteran of the Oslo global underground and a contributor to Fez 2 Fez, Börek Obama Soundsystem and Klubb Knesset.

We’re proud to announce our collaboration with Tropique Magnifique
clubnights dedicated to Tropical Music from across the planet.
5th edition soon to happen!
@ Ingensteds // 22 pm // cc 50.-